So that is how it is done!

So that is how it is done… Information to wet your appetite. LUXE Murder & Mystery Parties

it’s time to dream, to create, to thrive
it’s time to dress, to impress
it’s time to laugh, to escape the everyday
to be the talk of the town
it is time to connect and have a truly vibrant, abundant human experience.
Do it now!

A world of possibilities and adventure, of mystery and intrigue, beckons you. The scene is set,
the plot meticulously unravels with hilarious action and surprising suspects ensue. Clues, twists, and turns are in abundance, you will need to keep your ears and eyes open. Before the mystery comes to a dramatic conclusion, accusations are made.  As always, tensions and laughter abound. The suspects step forward and then, at last, the murderer is revealed. 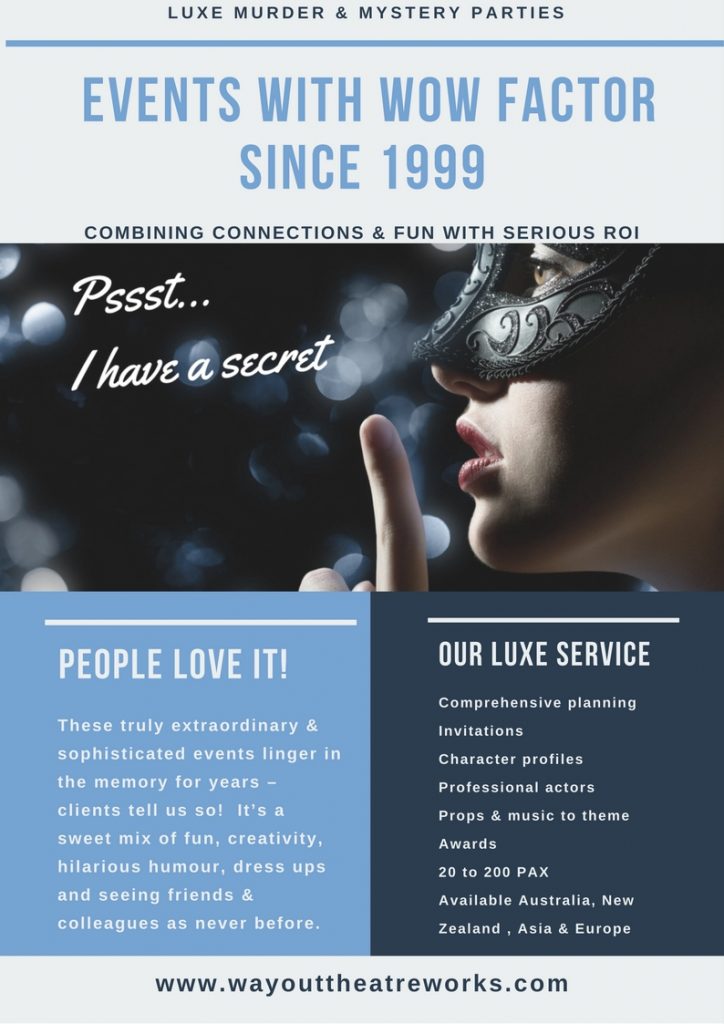 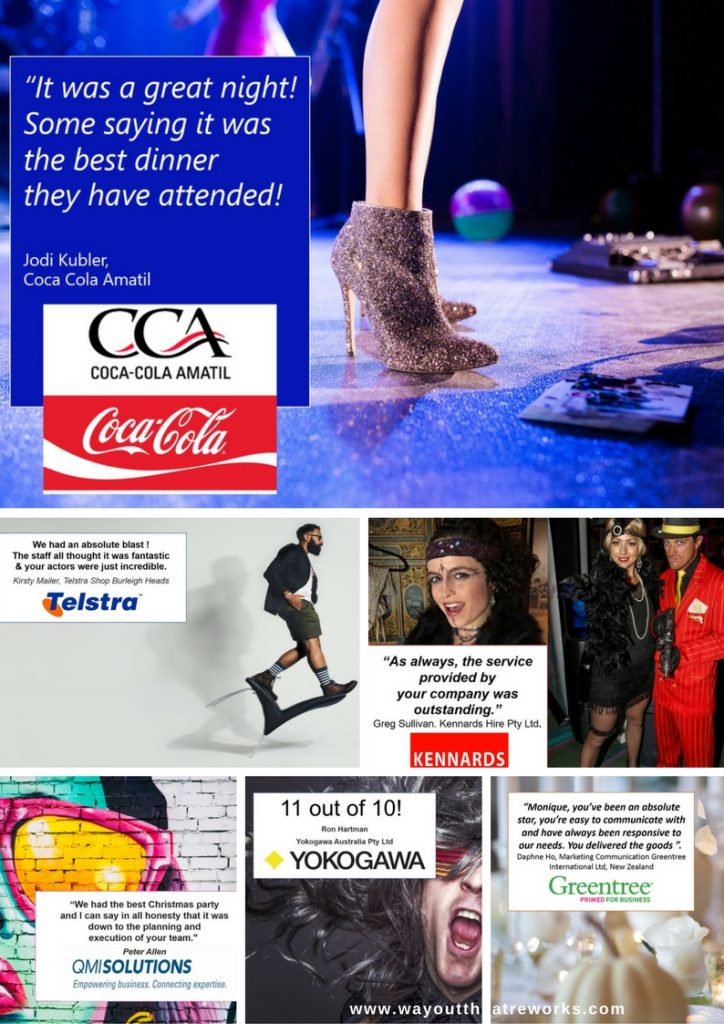